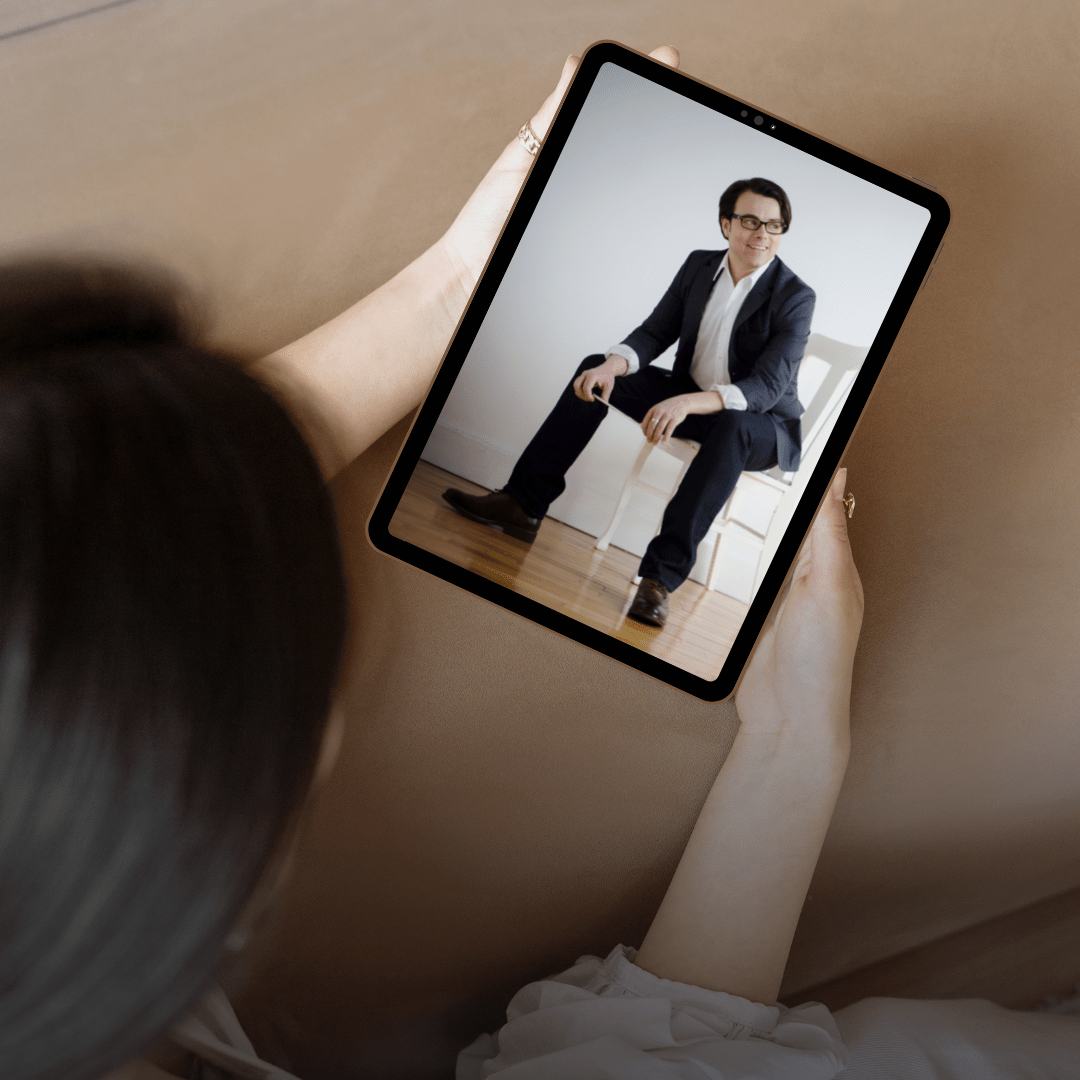 Martin MacDonald, conductor with the Philharmonic Choir of the NSO

A Christmas tradition; the Newfoundland Symphony Orchestra under the direction of Martin MacDonald, together with the Philharmonic Choir of the NSO presents Handel’s Messiah. Set in the historic and captivating Basilica, soloists include: Miriam Khalil, soprano; Danielle MacMillan, mezzo; Adam Luther, tenor; and, Phillip Addis, bass.
The digital release for Handel’s Messiah is December 17, 2022.

MARTIN MACDONALD
CONDUCTOR
Martin MacDonald is one of Canada’s most dynamic and outstanding young conductors and has been awarded both the Heinz Unger Award and the Jean-Marie Beaudet Award for orchestral conducting. In January 2022, Martin was named Music Director of the Cathedral Bluffs Symphony Orchestra based in East Toronto, Ontario. Martin has guest conducted extensively across Canada having worked with the orchestras of Toronto, National Arts Centre, Vancouver, Victoria, Kamloops, Edmonton, Calgary, Winnipeg, Hamilton, Kingston, Kitchener-Waterloo, London, Niagara, Sudbury, Thunder Bay, Windsor, Quebec, New Brunswick, and Newfoundland. He has served as a Cover and Guest Conductor for the National Ballet of Canada for several productions, and has worked with the Minnesota Ballet, Atlantic Ballet, and Halifax Dance. Martin has recorded extensively for the CBC and for several commercial recordings. Most notably, Martin has served as Resident Conductor, Associate Conductor, and a regular guest conductor of Symphony Nova Scotia since 2008 with over 200 performances in a diverse range of programs and artists. Previously, Martin served as Associate Conductor of the National Academy Orchestra of Canada, and has participated in several international conducting workshops and competitions.
Martin has a Master’s in Orchestral Conducting from McGill, a Bachelor’s in Cello from Memorial, and has studied conducting with Alexis Hauser, Bernhard Gueller, Boris Brott, Michael Jinbo, Kenneth Kiesler, Gustav Meier, Jorma Panula, and Johannes Schlaefli. Martin’s conducting activities have been generously supported by the Canada Council for the Arts. Cape Breton born, Martin is the youngest of twelve children and has a diverse musical background with a strong Celtic music tradition including extensive touring and performing with members of his family throughout Europe and North America.
Martin resides in Toronto, Ontario with his wife, Kristen and their daughter, Frances.

MIRIAM KHALIL
SOPRANO
Lebanese Canadian soprano, Miriam Khalil, is lauded as a “skilled, versatile artist” with a “signature warm lyrical voice” by Ludwig Van Toronto, described as “dark, dangerous and alluring” by Opera Going Toronto, and praised for “making her fine soprano express every emotion with exactness and feeling” by the Globe and Mail. She has sung on numerous opera and concert stages across North America and the UK, including a stint at the renowned Glyndebourne Festival Opera (GFO). Recent performances have included Mahler’s Symphony No. 4 with the Saskatoon Symphony, and a reprisal of Mimì, one of her signature roles, in Edmonton Opera’s production of Puccini’s La Bohème. This season, Miriam looks forward to engagements with Vancouver Opera, the Edmonton Symphony, and the Symphony of Northwest Arkansas. She is a proud founding member of the Dora Mavor Moore Award-winning chamber opera company Against the Grain Theatre (AtG). She was recently featured in their Juno-nominated Messiah/Complex, which streamed globally to critical acclaim from the New York Times, Globe and Mail, and Los Angeles Times, among others, and garnered over 130,000 views in its initial limited run. In 2019, Miriam produced, and was nominated for a Juno Award (Classical Album of the Year: Vocal or Choral) for, her debut album Ayre: Live, a song cycle by Argentinian composer Osvaldo Golijov. She has since performed the cycle across Canada, United States, and made her South American debut with the work in Buenos Aires. Miriam joined the faculty of the University of Alberta Department of Music in 2021.

ADAM LUTHER
TENOR
Newfoundlander Adam Luther is one of Canada’s most exciting tenors, with a repertoire ranging from Janacek to Mozart to Puccini. Highlights of Adam’s recent seasons are Beethoven’s Symphony No. 9 with the Regina Symphony, joining Pacific Opera Victoria as Don Jose in Bizet’s Carmen, Verdi’s Requiem with Orchestre Philharmonique et Choeur des Mélomanes, and repeat engagements at the Canadian Opera Company. This past season, Adam also jumped into Edmonton Opera’s La Bohème at the last minute, to star as Rodolfo for their opening night. Adam was heard in Puccini’s Il tabarro as Luigi with Pacific Opera Victoria, Roméo in Gounod’s Roméo et Juliette and Eugene Onegin as Lensky for Calgary Opera, Alfredo in La traviata for Manitoba Opera and Orchestre symphonique de Trois-Rivières, Rodolfo in La Bohème at Minnesota Opera, Beethoven’s Symphony No. 9 with the Kitchener-Waterloo and Edmonton Symphonies, and Mozart’s Requiem for Symphony Nova Scotia. Other concert credits include Dvorak’s Requiem and Mendelssohn’s Elijah with the Orpheus Choir and Chorus Niagara, Verdi’s Requiem with the Ottawa Choral Society, and as a featured soloist with the Manitoba Chamber Orchestra, Sounds of the Festival in Parry Sound, Aldeburgh Connection and the Arts and Letters Club of Toronto.

PHILLIP ADDIS
BASS
Known for his “nimble and expressive” sound and “athletic command of the stage” (Twin Cities Arts Reader), baritone Phillip Addis is established as one of Canada’s leading performers of opera, concert, and recital repertoire. He is acclaimed internationally for his interpretation of Count Almaviva in Le nozze di Figaro, where he sings “an impeccable antagonist”, and has been recognized as “the ideal Pelléas of his generation” for his “erotically charged” performances of Debussy’s Pelléas et Mélisande in Hamburg, Paris, Cincinnati, Dresden, as well as at the Ruhrtriennale and the BBC Proms. Mr. Addis has performed on the world’s major stages, including l’Opéra national de Paris, LA Opera, the Canadian Opera Company, Semperoper Dresden, and the Hamburgischen Staatsoper, under the distinguished batons of Sir John Eliot Gardiner, James Conlon, Yannick Nézet-Séguin, Seiji Ozawa, Kent Nagano, Carlo Rizzi, and more.
Mr. Addis’ most recent operatic credits include his signature portrayal of Count Almaviva in Le nozze di Figaro with Opéra de Lausanne, Royal Opera of Versailles, Edmonton Opera and Against the Grain Theatre; Britten’s Billy Budd with Teatro dell’Opera di Roma; Schaunard and Marcello in La bohème with the Canadian Opera Company and Vancouver Opera, respectively; and Pelléas et Mélisande with Théâtres de la Ville de Luxembourg.
In the 2022-23 season, Mr. Addis will return to cherished roles including Zurga in Bizet’s Les pêcheurs de perles with Vancouver Opera, and Pelléas with Teatro Municipale di Piacenza and Teatro Comunale di Modena. He will also make exciting debuts as Don Alfonso in Pacific Opera Victoria’s production of Così fan tutte and as Sharpless in Madama Butterfly with Opéra de Québec. Upcoming concert work will see him perform in Handel’s Messiah with the Orchestre Classique de Québec, Newfoundland Symphony Orchestra and Orchestre symphonique de Trois-Rivières; Brahms’ Requiem with the Regina Symphony Orchestra; and Bruckner’s Te Deum/Stephanie Martin’s Water with the Grand Philharmonic Choir.