Presented by the Idea Factory 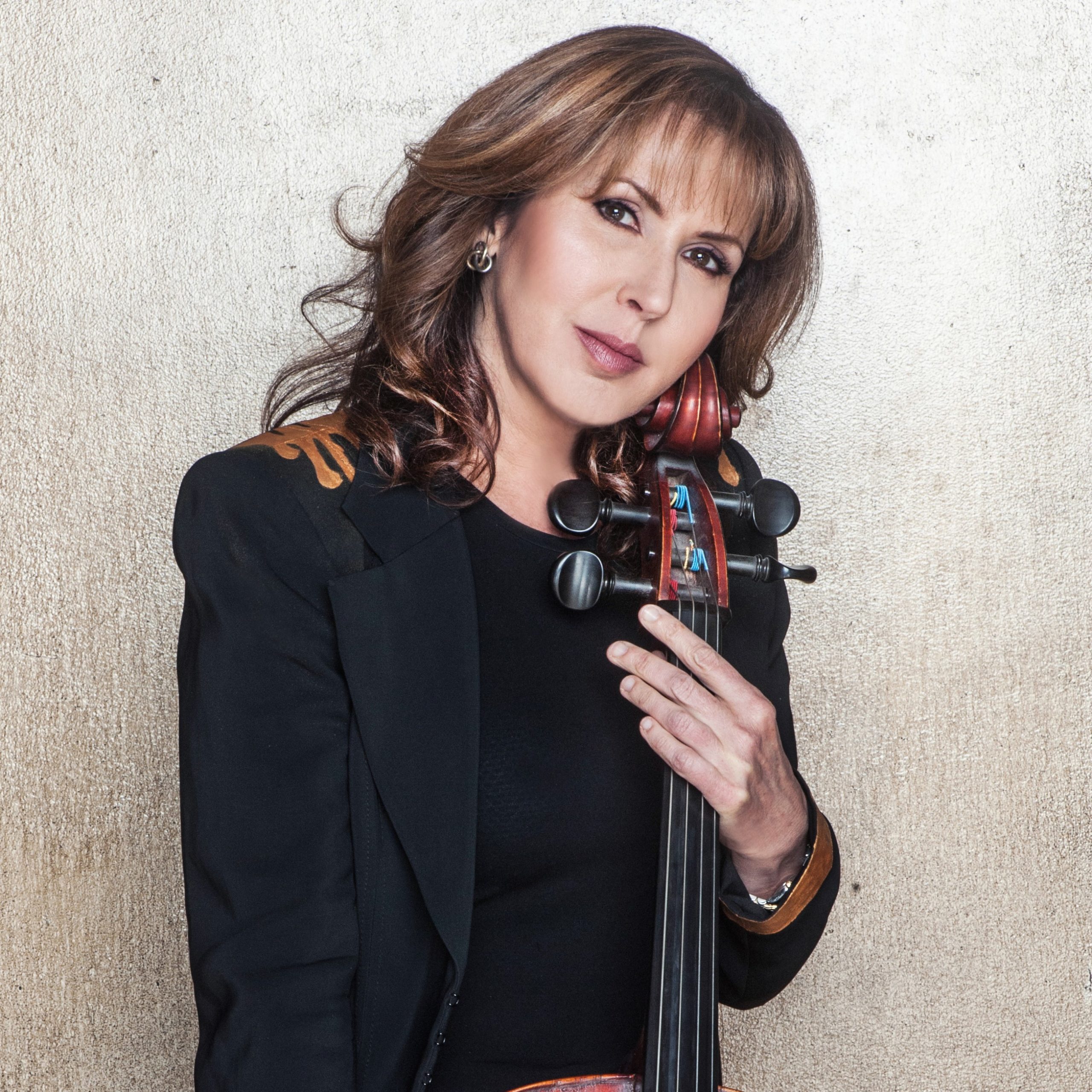 Presented by the Idea Factory

Ofra Harnoy is one of Canada’s foremost cellists and our audience is in for quite a treat as she joins the ASQ for Schubert’s quintet.

Join us before the concert for our digital pre-show featuring Listen Up! hosted by Dale Jarvis. Listen as we go behind the scenes with interviews of the artists, musicians and composers behind our concerts. For this concert we go back to a previous edition of Listen Up from the Fall featuring Ofra Harnoy and her husband, trumpeter Mike Herriott – click here to watch.

Ofra Harnoy is one of the most recognized cellists in the world. Ofra has toured across Canada, the United States, the Far East and Australia, and has recorded more than 40 solo albums. She has also premiered many important works such as the world premier of Viotti cello Concerto in C. As one of Canada’s most celebrated personalities and a member of the International Artists Roster of RCA Victor Red Seal since 1987, Ofra Harnoy became the first Candian classical instrumental soloist since Glen Gould to gain an exclusive worldwide contract with a major record label.

Atlantic String Quartet
Formed in 1985, the Atlantic String Quartet (ASQ) is a versatile and professional chamber ensemble comprised of the principal string players of the Newfoundland Symphony Orchestra (NSO): Heather Kao, first violin; Nancy Case-Oates, second violin; Kate Read, viola; and Theo Weber, cello. In addition to their work with the full orchestra and NSO Sinfonia, the quartet produces its own Recital Series each season, presenting a broad selection of works from the rich quartet and small ensemble repertoires.

The ASQ is an integral part of the creative life of its community and is known for its versatility and ability to work with music and musicians from all styles and genres. Having shared the stage with such international classical musicians as Anton Kuerti, André Laplante, and Martin Beaver, and local artists such as jazz artist Duane Andrews and renowned songwriter Ron Hynes, the members of the quartet also teach privately, and coach and conduct other ensembles. In 2014, the ASQ was offered a placement at the prestigious St. Lawrence String Quartet Music Seminar in Stanford, CA.

Wolf is best known as a masterful and prolific composer of art songs. With rare sensitivity to every aspect of the genre – the poetry, the melodic and harmonic intensity and sympathetic accompaniments – he achieved an exalted expressiveness that set him apart, even from Schubert, Schumann, and Brahms, as a gifted composer of ‘Lieder’. Although his focus was primarily on song, with more than 350 in his output, Wolf did venture into other genres. He completed an opera, Der Corregidor, and a symphonic poem, Penthesilia, and left several orchestral, choral, and chamber works unfinished.

Italian Serenade for string quartet was composed in three days in May 1887, when Wolf was 27 and beginning to find his true voice as a composer. At the time he was also engaged in setting various poems by the German Romantic writer, Joseph Eichendorff, to music. The first of the songs, “Der Soldat I” about the love of a soldier for a lady who lives in a castle has a theme much like that of the Serenade. That poem’s subject is similar to that of Eichendorff’s novella Aus dem Leben eines Taugenichts (From the Life of a Ne’er-Do-Well), and it may be that Wolf was as much influenced by this work as he was by the poem. The hero is a young violinist who leaves home to seek his fortune further afield. The novella includes a section about an Italian serenade played by a small orchestra. Wolf himself gave no ‘program’ or story to accompany his music, but he chose a rondo form with repeated themes and recitative-like passages that created the effect of a narrative. The tone of the work seems to come from the world of Italian comic opera giving an overall impression of playful irony. It opens with the repeated sound of open strings, bowed and plucked, which might suggest the tuning of guitars or mandolins. A dance-like melody in 3/8 soon appears in the first violin, over the continued strumming motifs, forming the recurrent first section of the work’s rondo form. The lively and optimistic character of the theme evokes an ‘Italianate’ spirit. With extravagant trills and showy rapid scales the music soon becomes inflected by Wolf’s chromatic harmony. The following episode, now in 6/8, with its low sobbing minor motifs is more passionate. This substantial and discursive section works its way through a variety of keys before returning to a restatement of the opening material. There are further elaborations, especially in the second violin part, which are interrupted by declamations, marked ‘recitative’, in the cello line. A further development of the rondo material follows, with various dance episodes becoming louder and more frenetic. Then a quieter more sinuous motif, passed between the instruments, leads to the final rondo section and a light-hearted conclusion as the music returns to the mood of the opening.

Wolf contracted syphilis early on, which eventually sent him insane so that he spent the last six years of his tortured life in agony and confinement, deprived of the chance to provide the musical world with further works such as this masterful miniature.

Another Living Soul is stop motion animation for string quartet. Considered one of the most complex and idiosyncratic art forms, stop motion demands imagination, craft, isolation, an unwavering vision, fortitude, and copious amounts of time. The act of beginning the process invites both angst at the daunting task that has just begun and a kind of zen acceptance of the labyrinthine road ahead.

The earliest stop motion—those beings and worlds created by Harryhausen, Starevich, Clokey, et al—still impresses and inspires. Oozing creativity, their work has a rough-hewn beauty and a timeless enchantment.

Throughout its evolution, the end result has always been incrementally imbuing vitality and life to something devoid of any such spark on its own. The close quarters, intimacy, and camaraderie of the people who work in this art form are mirrored by the scrutiny and care they afford their tiny subjects and the attention to minutiae required to render a work that is lifelike. The impossible becomes possible—souls emerge from where once there were none.”

Franz Schubert’s (1797-1828) String Quintet in C major is regarded as one of the pinnacles of the chamber music repertoire. Much has been written on the sheer beauty of this work, particularly in the context of the composer’s incredible productivity and impending death. Benjamin Britten in his Aspen Award speech of 1964 said “It is arguable that the richest and most productive eighteen months in our music history … (is) the period in which Franz Schubert wrote his Winterreise, the C major Symphony, his last three piano sonatas, the C major String Quintet, as well as a dozen other glorious pieces. The very creation of these works in that space of time seems hardly credible; but the standard of inspiration, of magic, is miraculous and past all explanation.”

The String Quintet in C major is Schubert’s final chamber work. It was composed over September and October 1828 and completed two months before the composer’s death. The first performance did not take place until 1850 in Vienna and it was first published in 1853. The work shares the same key as Mozart’s String Quintet K. 515 and Beethoven’s String Quintet Op. 29. While these works employ an additional viola, Schubert follows Boccherini’s lead by using two cellos.

Schubert contributed greatly to the chamber music repertoire particularly through his string quartets, the two piano trios, and works for other instrumental combinations such as the “Trout” Quintet D. 667, and the Octet D. 803.

The four movements of the work follow the regular pattern of many of his quartets – fast, slow, scherzo, fast. The expansive opening Allegro ma non troppo is marked with unexpected harmonic changes, movement and tension. The opening subject is dominated by the statement of the C major chord. The notable second subject is initially presented as a duet between the two cellos. The second movement is one of Schubert’s few adagios. It is in this movement where we see the exquisite possibilities of portraying sublime pathos and plaintive tranquillity. The ternary structure of the movement provides great contrast and repose. The Scherzo is a bold and happy movement in the style of a ländler and is contrasted with the sombre stillness of the Trio. It is as if the restraint of the previous movement has been cast aside to provide a sense of exuberance and fun. The Allegretto finale is in sonata-rondo form with the main theme dominated by a Hungarian character. This movement is marked with the sharp contrast between the major and minor tonalities.

Check out the ASQ