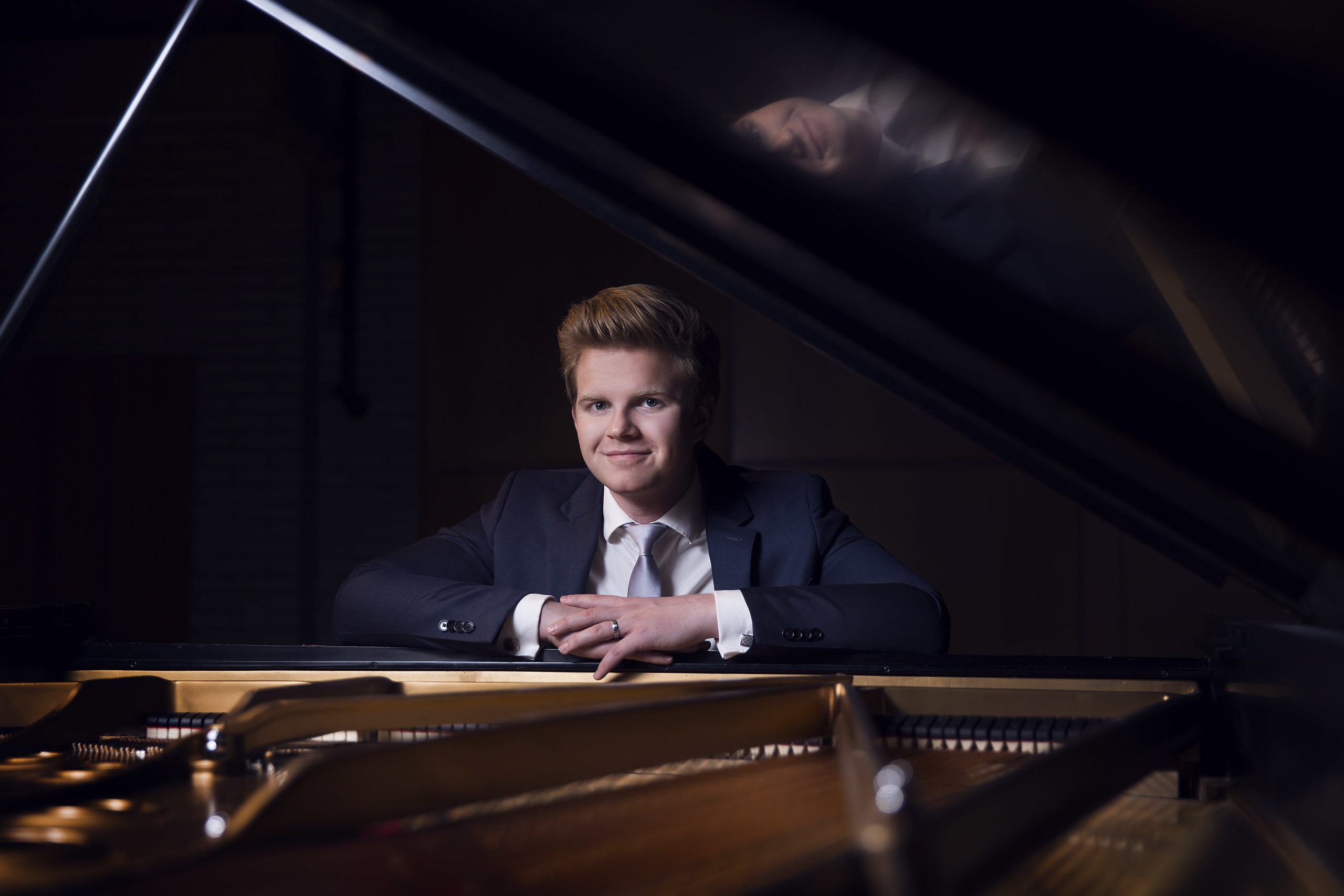 Join the Newfoundland Symphony Orchestra Sinfonia as we kick off the series with “Mozart & More” featuring Carter Johnson, piano with conductor Marc David. The concert includes Simple Symphony by Britten; Concerto No. 14 in E-flat major K. 449 by Mozart; and, Symphony No.29 K.201 by Mozart. Sinfonia 1 takes place at 8pm on Saturday, October 8, 2022 at the D.F. Cook Recital Hall. Tickets are available at the ACC Box Office (729-3900), online at www.artsandculturecentre.com, and at the door.

CARTER JOHNSON
Praised for his musical sensitivity, creative programming, and passion for connecting with audiences, 25-year-old Carter Johnson has established himself as one of Canada’s most exciting young pianists. Most recently, he was the first prize winner in the 2021 International Stanisław, Moniuszko International Competition of Polish Music as well as the first prize winner of the 2020 Valsesia International Competition. In 2018, Johnson won the top prize in two of Canada”s most important competitions, winning both Grand Prize in the OSM Manulife Competition as well as first prize in the CMC Stepping Stone competition. He has performed with orchestras including l’Orchestre Symphonique de Montréal, l’Orchestre Métropolitain, the Rzészów Philharmonic Orchestra, and the Orchestra of the Americas, and his playing has been broadcasted by Medici TV and Radio-Canada.
Johnson holds a BMus from the University of British Columbia under Mark Anderson, and an MM from the Juilliard School under Matti Raekallio and Joseph Kalichstein. Johnson is currently completing an MMA at the Yale School of Music with Wei-Yi Yang. He lives with his wife Hannah and their sons Preston and Ambrose in New Haven, Connecticut where he is active as a performing artist and teacher.