The Philharmonic Choir of the Newfoundland Symphony Orchestra (PCNSO) is a community choir based in St. John’s, Newfoundland and Labrador, Canada. Founded in 1987 as an oratorio choir specifically to perform Handel’s Messiah with the NSO, the PCNSO has broadened itself substantially and now performs several concerts each season with a wide variety of repertoire.  The PCNSO continues to be dedicated to working cooperatively with the NSO to foster and perform symphonic choral music. 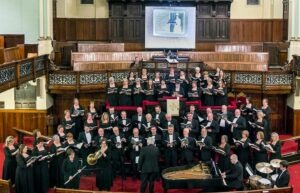 The mission of the choir can be summarized in the following three goals:

The PCNSO’s singers range in age from twenty to eighty years and come from a diverse range of backgrounds. Some are present or former professional musicians and music educators, but many are working professionals and retired persons. We even have several members of the clergy and a Justice of the Supreme Court of Newfoundland!

Membership is open to anyone following successful completion of an audition in the fall and payment of choir dues. Under normal circumstances full-time students are not accepted due to the likelihood of conflicts with the student’s exam and study schedules. Dues are $175 per season at present (with music and special costs such as Festival 500 fees being extra). 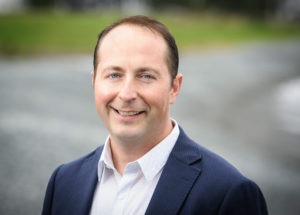 Stephen Candow holds a MMus from the University of Toronto (2001), and the conjoint BMus/BMusEd (1998) from Memorial University. Further abroad he has studied choral conducting and organ in Dublin, Ireland, at the Guildhall School of Music and Drama in London, England, and at the International Summer Academy in Göteborg, Sweden. In 2011, Stephen returned to Newfoundland from Ottawa, where he was the Director of Music and conductor for the prestigious choir of Gentlemen & Boys at St. Matthew’s Church and the Choral Instructor at Ashbury College.

His other previous posts include: Guinness Organ Scholar at Christ Church Cathedral, Dublin, Ireland, Assistant Director of Music in Canada’s “Methodist Cathedral”, Metropolitan United, Toronto. A well-known choral accompanist, Stephen has been the accompanist for the Anglican Chorale of Ottawa, the Toronto Mendelssohn Youth Choir, the Newfoundland Symphony Youth Choir(Shallaway), Toronto’s Voices, and Ottawa’s Seventeen Voyces. Stephen enjoys working with singers both as a conductor, vocal coach and accompanist, and has worked with various choirs in Ireland, England and Canada.

He is also the on the artistic team of the Atlantic Boychoir, serves as Artistic Director of the St. John’s Choir and is the Director of Music & Organist at St. Michael and All Angels Church. 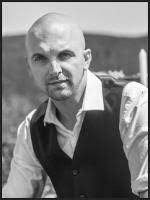 Dr. Phil Roberts is the Executive Director of PlayPianoNL, an organization dedicated to promoting pianists, performance, and collaboration in Newfoundland and Labrador. Visit www.PlayPianoNL.ca to find out more about this organization. He has served as visiting assistant professor of piano for the School of Music at Memorial University, as accompanist and vocal coach for the instrumental and vocal faculties at Memorial, and as a much sought-after collaborative colleague in the larger St. John’s community.

His solo and collaborative work has taken him across Canada and to the U.S. and Europe, where his impressively broad performance skills have allowed him to enjoy work in the genres of jazz, opera and musical theatre as well as classical solo and chamber music. In addition to regular performances in Memorial University’s Music@MUN concert series, Roberts has performed as a soloist with the Newfoundland Symphony Orchestra and the Banff Chamber Orchestra, and has been broadcast nationally on CBC radio.

Dr. Roberts holds graduate degrees in piano performance from the University of Montreal and has nearly a decade of experience teaching at the university level. He is currently a freelance musician in St John’s, NL, as well as the pianist of Trinitas Chamber Ensemble (www.TrinitasMusic.com). In addition to his piano work, Dr. Roberts is also the assistant conductor of the Quintessential Vocal Ensemble and the St. John’s Choir. For more information and performance videos, go to https://www.facebook.com/probertspiano.

Our choristers, director, accompanist, and executive

What's on the go?

Explore the PCNSO's past events

Back to PCNSO main page