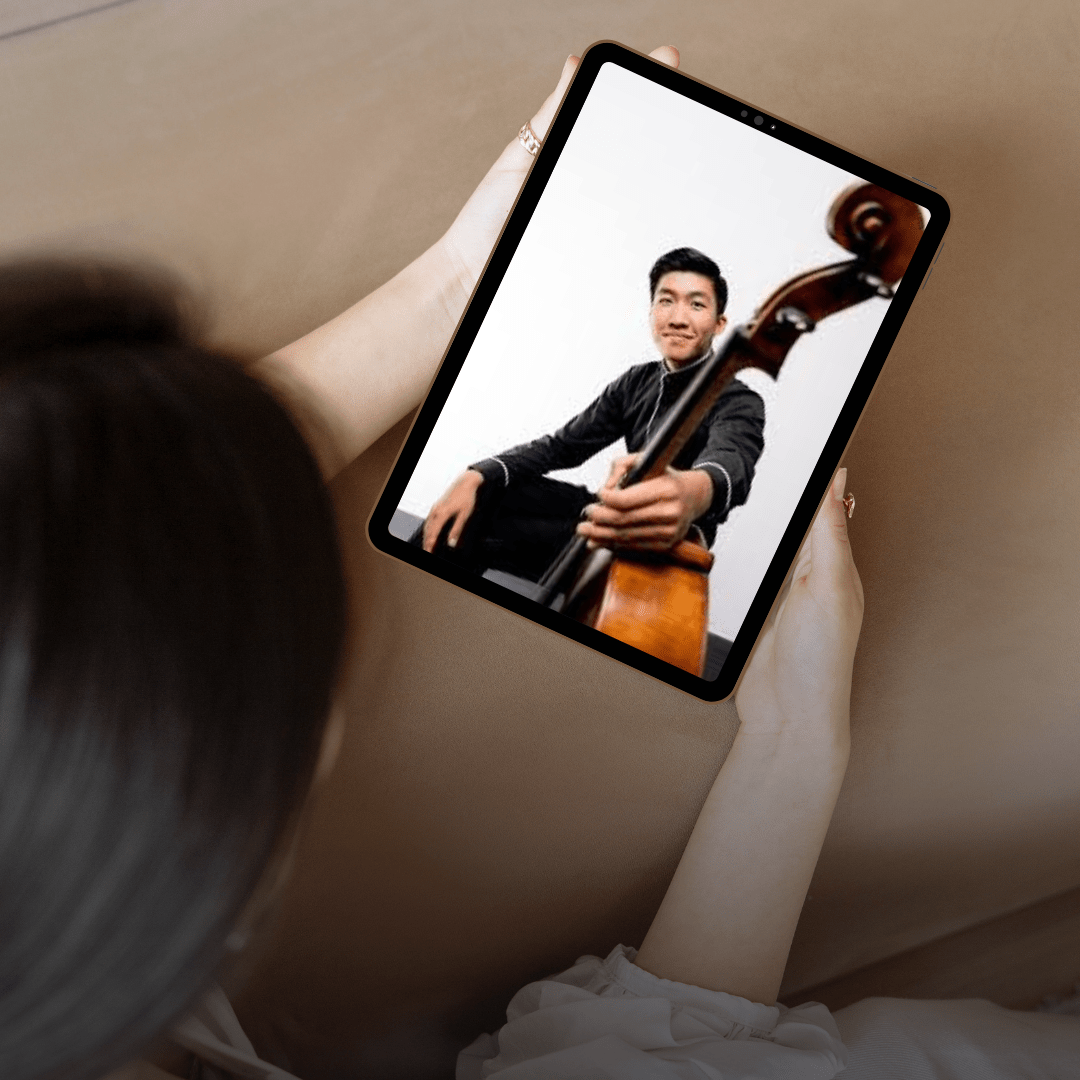 The Newfoundland Symphony Orchestra presents Masterworks 2: Kaleidoscope with special guest, Bryan Cheng, cello. Bryan is an accomplished cellist and was recent winner of the 2022 Queen Elisabeth Competition in Belgium. The concert conducted by Marc David, features: Kaleidoscope by Mercure; Concerto for Cello No. 2 by Saint-Saëns; Élégie by Fauré; and, Symphony in D by Franck.

The digital release for Masterworks 2 is December 2, 2022.

Bryan Cheng
Following recent prize-winning successes at some of the world’s most prestigious international competitions, including Queen Elisabeth, Concours de Genève, and Paulo, Canadian-born, Berlin-based cellist Bryan Cheng has established himself as one of the most compelling young artists on the classical music scene. He made his sold-out Carnegie Hall recital debut at age 14, his Elbphilharmonie debut aged 20 with the Deutsche Kammerphilharmonie Bremen (Joshua Weilerstein), and in 2022 was the first cellist to be awarded the coveted Prix Yves Paternot in recognition of the Verbier Festival Academy’s most promising and accomplished musician.

As member of the Cheng² Duo, CelloFellos, and as chamber musician, Bryan performs extensively across the globe. He has had the privilege of working with partners such as Angela Hewitt, Christian Tetzlaff, Lars Vogt, and Antje Weithaas. Recital and festival highlights this season include debuts at Munich’s Gasteig, Berliner Philharmonie’s Kammermusiksaal, and Orford Musique, re-invitations to the Großer Saal of the Elbphilharmonie, Brussels’ Flagey, Halifax’s Cecilia Concert Series and Port Hope’s Friends of Music, recital tours throughout South Africa, the Pacific Northwest (California, Idaho, Montana, Washington), and Vancouver Island, as well as appearances at Switzerland’s Verbier Festival, Germany’s Festspiele Mecklenburg-Vorpommern, Poland’s Krzyżowa Festival, and Québec’s OSM Virée classique, in recital with violinist Andrew Wan.

He has released a trilogy of albums on German label audite—Russian Legends (2019), Violonchelo del fuego (2018), and Violoncelle français (2016)—which has been critically-acclaimed by The Times (UK), Süddeutsche Zeitung, ORF Radio (Austria), WCRB Classical Radio Boston, and BBC Radio Scotland, among others.

Bryan plays the “Dubois” Antonio Stradivarius cello, Cremona, 1699 graciously provided to him by Canimex Inc. from Drummondville (Québec). He is a recipient of the Deutschlandstipendium and has been supported by the Sylva Gelber Music Foundation with generous multiyear scholarships.