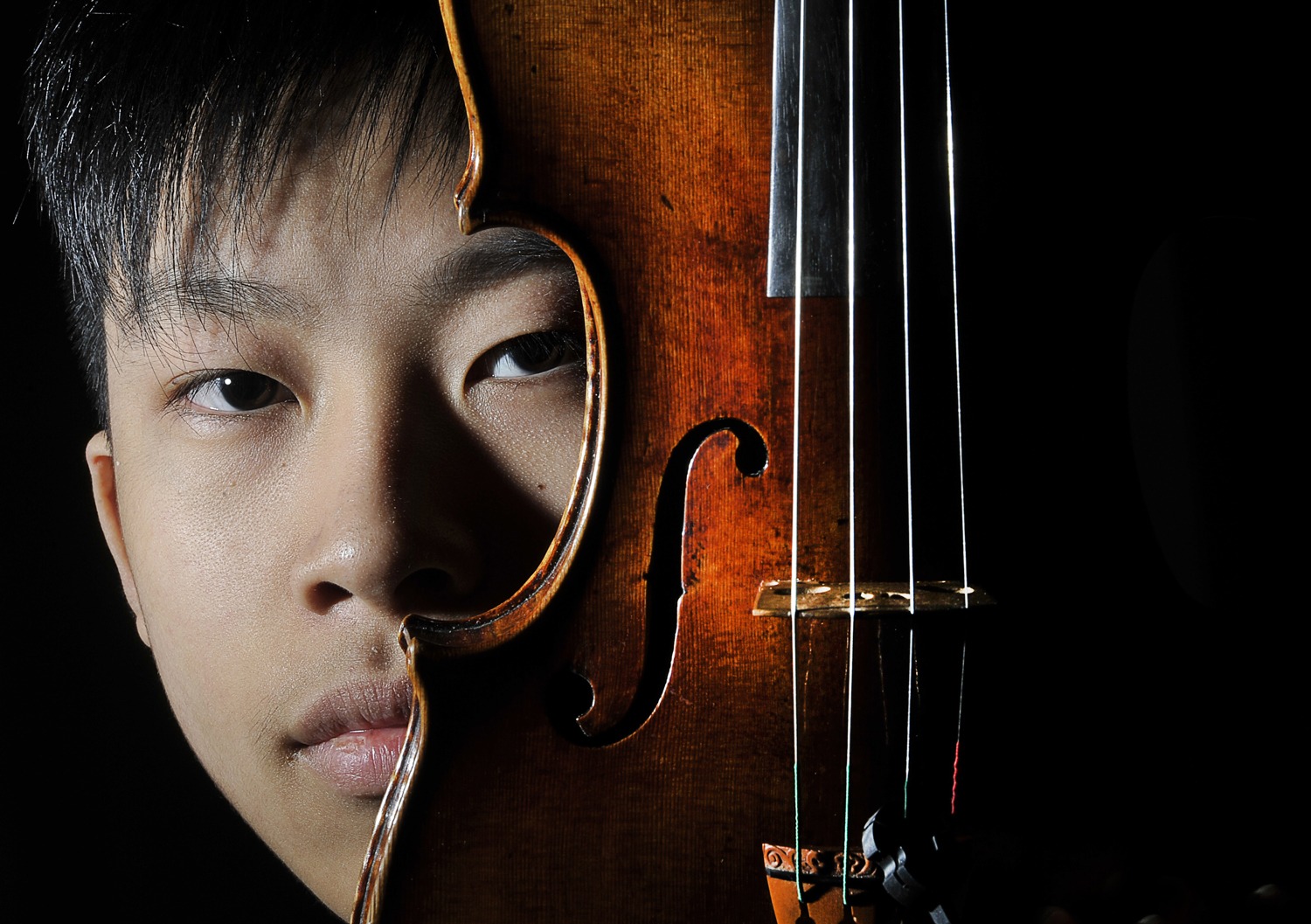 Join the Newfoundland Symphony Orchestra under the direction of Marc David presents Masterworks 2 – a celebration of 50 years of dedicated service of Peter Gardner, long time violinist, and former concertmaster and general/artistic director of the NSO. With special guest, Kerson Leong, violin. The concert features Beethoven’s Symphony No. 8; Vaughn Williams, The Wasps Overture; and, Brahms Violin Concerto in D major, Op. 77. Don’t miss this world class performance from YOUR NSO together with special guest Kerson Leong and guest conductor Peter Gardner – Friday November 19, 2021 at the Arts and Culture Centre. Tickets are available at the ACC Box Office (729-3900), and online at www.artsandculturecentre.com.

About Kerson Leong – Kerson Leong first took the music world by storm in 2010 by winning the coveted Junior First Prize at the prestigious Menuhin Competition. Ever since, the young Canadian violinist has astonished and won over both fellow musicians and audiences alike the world over with his rare and innovative mastery of his instrument, his natural ability to convey the subtlest of emotions, and the colossal scope of his live performances. Having been called “Canada’s next great violinist” (Ludwig van Toronto), he has distinguished himself with his unique approach as one of the most brilliant musicians of his generation.

In the 2020/2021 season, Kerson will perform with the Quebec Symphony Orchestra, the Orchestre Royale de Chamber de Wallonie in Belgium, Orchestre Symphonique de Sherbrooke, the Toledo Symphony, and new compositions by Samy Moussa under his direction with the Toronto Symphony Orchestra. Kerson’s 2019/2020 season included performances with Sinfonieorchester Wuppertal, Amici Chamber Ensemble, Symphony Nova Scotia, with Yannick Nezet-Seguin at Domaine Forget, as well as performances at Salle Bourgie, The Phillips Collection, Salle Cortot, and the Arvo Pärt Centre in Estonia, and a recital tour of the Midwestern United States. In the 2018/2019 season, Kerson was named Artist-in-Residence with the Orchestre Métropolitain de Montreal under Yannick Nezet-Seguin.

In 2016, Kerson released Bis, his first album for Analekta showcasing a collection of encore pieces, to critical acclaim.  He recorded John Rutter’s Visions with the composer himself and the Aurora Chamber Orchestra for Collegium Records, after giving its world premiere in London, UK.  He has also been invited by Canadian composer Francois Dompierre to record his piece, Les Diableries. Kerson can also be heard on CBC Television, CBC/Radio Canada, the BBC Radio 3, Radio France, Radio Television Suisse, American Public Media’s SymphonyCast, NRK, RAI, Deutschlandradio Kultur, and Czech Radio.  He has been a recipient of many awards such as the Sylva Gelber Music Foundation Award (2015-2017) and the Young Soloist Prize 2015 by the Radios Francophone Publiques, as well as having received a Mentorship Award from the Lin Yao Ji Music Foundation of China for inspiring younger generations. He was named Revelation Radio-Canada 2014-2015 for classical music. Kerson is an associated artist of the Queen Elisabeth Music Chapel in Belgium, where he was mentored by Augustin Dumay.

Teaching is becoming a growing passion for Kerson, having given masterclasses and taught at various festivals and universities including the Indiana University Jacobs School of Music, the Sibelius Academy in Helsinki, the University of Ottawa, and Memorial University in St. John’s, Newfoundland. With an active following on social media, Kerson has also fostered a significant audience away from the concert hall. He has amassed nearly fifty thousand followers on Instagram, where his demonstrations of technique regularly receive tens of thousands of views and many aspiring violinists seek out his knowledge of the instrument.

He has always been keen on making connections between music and other fields. Ever since his dad started introducing him to physics concepts about string resonance, they have strongly influenced his playing and philosophy on sound production. Together with his dad, he has given lectures about this subject in places such as the Central Conservatory of Music in Beijing, the Barratt-Due Music Institute in Oslo, and various universities in California. Kerson performs on a 1741 Guarneri del Gesu courtesy of Canimex Inc, Drummondville (Quebec), Canada. 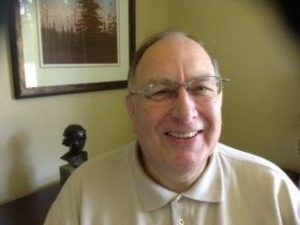 About Peter Gardner – From the age Peter Gardner of twelve he lived in South Wales where he was a member of several community and youth orchestras, including the National Youth Orchestra of Wales.  He continued his studies at Trinity College of Music (TCM), London, with the noted international violinist and pedagogue Nicholas Roth and studied harmony and composition with UK composer Carey Blyton. Dr. Gardner led the TCM  Symphony Orchestra, and Chamber Orchestra under British conductor Bernard Keeffe. He subsequently worked in England and Wales as a freelance teacher and performer with such groups as The Marcello Ensemble, The Welsh National Opera and the Bournemouth Sinfonietta, and as leader of the London Opera Centre Orchestra and for choral and orchestral concerts in and around London.Dr. Gardner came to Newfoundland in 1971 as the Resident Artist and Concertmaster of the St. John’s Symphony Orchestra (now called the NSO) and since that time has established himself as a performer, conductor, teacher and arts administrator.  During the past 49 years Dr. Gardner committed himself to the steady development of the NSO and its associated groups.  He was instrumental in the early development of many NSO activities including founding the NSO Sinfonia, the Philharmonic Choir, the NSO Hibernia Gala and the NSO Light Orchestra. He also initiated and conducted for 20 years the NSO highly successful NSO Big Band concerts in which he presented many original films scores. He founded, and was for a number of years, the first violinist of the Atlantic String Quartet.  In 1995 Dr.Gardner was engaged by the Government of Newfoundland & Labrador to develop and lead, as executive director and CEO, Festival 500, an international, non-competitive choral festival in Newfoundland which was acknowledged  as one of the world’s leading choral festivals.

Dr. Gardner has received many awards and honours. In 1984 he was nominated for the silver medal of the Royal Society of Arts for his services to music in Atlantic Canada.  In 1995 he was the recipient of the Northern Telecom Arts Achievement Award, presented by the Newfoundland and Labrador Arts Council, for lifetime achievement in the arts (1995), and in 1996 was awarded the Association of Canadian Orchestras Award In recognition of outstanding contributions and dedication to the orchestral community in Canada, (1996), The Telegram & The Fairmont Newfoundland 2002 NSO Achievement Award.(2001), The Ambassadorial Award from the Canadian Music Centre (2006) and In 2001 Dr. Gardner was awarded an Honorary Doctor of Letters Degree from Memorial University of Newfoundland. In 2013 Dr. Gardner was awarded the Queen Elizabeth II Diamond Jubilee Medal. On stepping down, after thirty years, as Concertmaster of the NSO, was named Concertmaster Emeritus.

1n 2010 he retired from the Newfoundland Symphony Orchestra after 40 years service during which time he held positions as Concertmaster (30 years), Director of Educational Programming, and until leaving the NSO as General & Artistic Director in 2010 after 25 years in that position. He has since returned to his roots teaching violin and writing educational and other music.

As a composer Dr.Gardner started writing music while in high school. This activity continued during his time in London. During the period 19 74 – 1986 Dr. Gardner wrote many works for performance in this province including many educational works and outreach programmes for the NSO’s educational and touring performances. He also wrote music for the CBC Radio network including a Fiddle concerto, Guitar Concerto and other such works based on Newfoundland music. Compositional activities were suspended in 1986 due to the pressure of commitments to the NSO and others (See above). Composition did not re-emerge until after he retired from the NSO. Since then he has written a large amount of educational music as well as the scores presented by the NSO. His three new works – “2 Metres for Socially Distanced Symphony Orchestra”, “String Quartet No. 2” and “Sextet for Wind Quintet and Contra-Bassoon” are commissions for later in the year. “2 Metres” will be premiered at the beginning of February 2021.