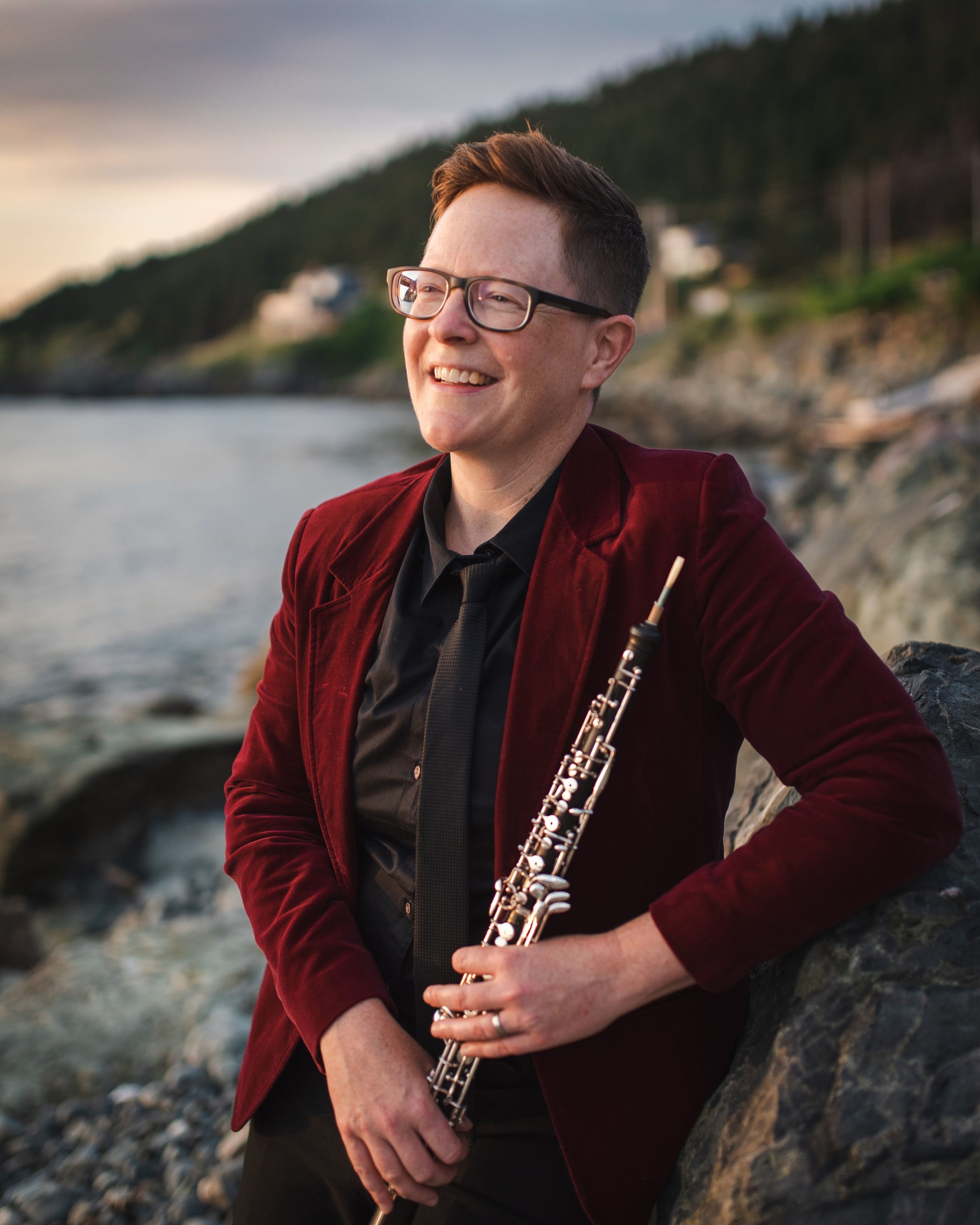 About The Atlantic String Quartet: Formed in 1985, the Atlantic String Quartet (ASQ) is a versatile and professional chamber ensemble comprised of the principal string players of the Newfoundland Symphony Orchestra (NSO): Heather Kao, first violin; Nancy Case-Oates, second violin; Kate Read, viola; and Nathan Cook, Cello. In addition to their work with the full orchestra and NSO Sinfonia, the quartet produces its own Recital Series each season, presenting a broad selection of works from the rich quartet and small ensemble repertoires. The ASQ is an integral part of the creative life of its community and is known for its versatility and ability to work with music and musicians from all styles and genres. Having shared the stage with such international classical musicians as Anton Kuerti, André Laplante, and Martin Beaver, and local artists such as jazz artist Duane Andrews and renowned songwriter Ron Hynes, the members of the quartet also teach privately, and coach and conduct other ensembles. In 2014, the ASQ was offered a placement at the prestigious St. Lawrence String Quartet Music Seminar in Stanford, CA. In 2020 the quartet released its first self-titled debut album featuring works by Arthur Bliss and Maurice Ravel.

About Annie Corrigan: Annie Corrigan is the newly-appointed Principal Oboe of the Newfoundland Symphony Orchestra and an Adjunct Professor of Oboe at Memorial University. In addition to performing and teaching, Annie serves as the Academic Program Administrator for the School of Music. She organizes the School’s annual audition cycle and coordinates its Community Outreach Programs. Prior to moving to Newfoundland in 2016, she served as Principal Oboe of the Carmel Symphony Orchestra and Second Oboe in the Columbus Indiana Philharmonic. She also worked as an announcer and producer for Bloomington, Indiana’s NPR affiliate WFIU, serving as the daily host of NPR’s Morning Edition and the producer/host of the weekly program Earth Eats. Annie is currently completing her Doctorate of Music (Oboe) from Indiana University.